Warning: "continue" targeting switch is equivalent to "break". Did you mean to use "continue 2"? in /nfs/c02/h01/mnt/23907/domains/blog.jeffvespa.com/html/wp-content/plugins/jetpack/_inc/lib/class.media-summary.php on line 77

Warning: "continue" targeting switch is equivalent to "break". Did you mean to use "continue 2"? in /nfs/c02/h01/mnt/23907/domains/blog.jeffvespa.com/html/wp-content/plugins/jetpack/_inc/lib/class.media-summary.php on line 87

Warning: count(): Parameter must be an array or an object that implements Countable in /nfs/c02/h01/mnt/23907/domains/blog.jeffvespa.com/html/wp-includes/post-template.php on line 284 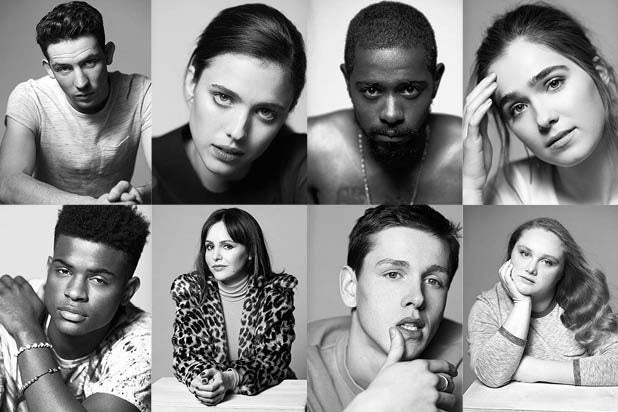 Vespa has shot stars like John Boyega and Nick Robinson, who went on starring roles in “Star Wars: The Force Awakens” and “Jurassic World,” respectively.

He also shot Rebecca Ferguson long before she landed the lead opposite Tom Cruise in “Mission Impossible: Rogue Nation.” Boyega used one of Vespa’s shots on his various social media accounts for years.

“I started this magazine to support emerging talent, and wanted to do something that wasn’t being done.” Vespa told TheWrap last year. “The idea is to really find these people before the festival starts, and to be a resource to people in the industry to say, ‘Here are the people you should be paying attention to at the festival.”

“I play a girl called Patti in the film, ‘Patti CakeS’ and she’s a girl from New Jersey and she dreams of being a famous rapper,” MacDonald said. “There is a lot of music in it — all kinds — there’s blues, there’s rapping, there’s a bit of pop, a bit of ’80s classic.”

“I literally don’t know how to describe this film,” Richardson said with a shrug. “My character’s name is Casey.”

“Columbus” will feature Richardson alongside “Star Trek” actor John Cho in a drama that marks the feature directorial debut of visual artist :: kogonada (not a typo), whom Richardson calls a “cinematic genius.”

“My character from the movie ‘Beach Rats’ by Eliza Hittman is a troubled and tortured conflicted teenager lived in Sheepshead Bay, Brooklyn,” Dickinson said. “It was a shot on 35 mm film. A lot of it was street-cast, there’s a lot of non-actors which is exciting and brings more energy to it.”

O’Connor described his character, Johnny Saxby, as “a miserable young boy with troubles in his life, and then he meets the love of his life and it changes him.” He described “God’s Own Country” as a film with a “European” and “naturalistic” style.

Stanfield said that his character in “Crown Heights” goes “from Point A to Point B” in a movie “about people who love each other.”

Morgan described her character, Annette, as “a very well-intentioned, opinionated, sometimes irritating, adorable person who is often misunderstood.” She hopes that “L.A. Times,” which she also wrote and directed, is seen as “a fun, fresh take on Los Angeles” that highlights the “people and things you don’t normally see in a movie about Los Angeles.”

“Heartfelt, hardworking, and selfless I feel are [my character’s] key attributes,” said Jackson. “I feel that there have been a lot of fraternity films throughout the years, but none of them have been this raw and show the hardships of being in a fraternity.”